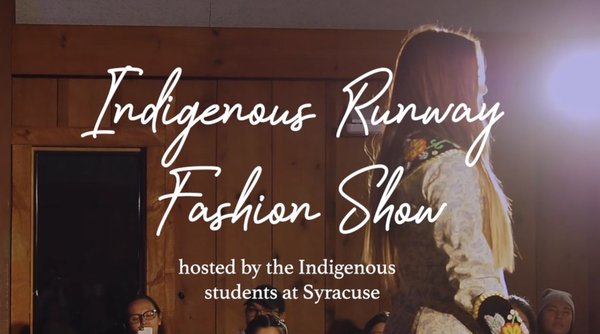 This year, the Indigenous Students at Syracuse (ISAS) organized a runway fashion show for Native American Heritage Month. The decision to host the show was primarily made by Indigenous students’ desire to bring attention to Indigenous values and culture as well as their contributions through clothing and art. 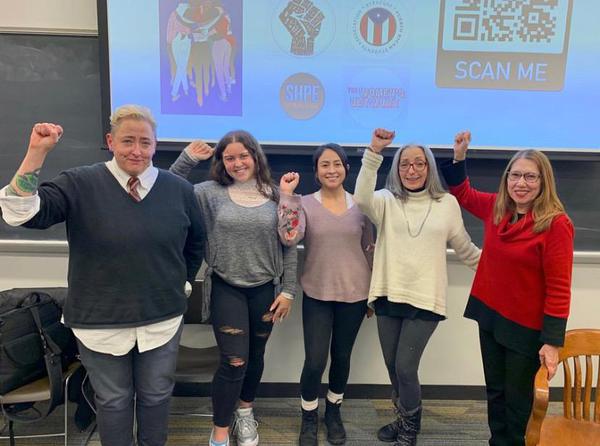 One day prior to the start of #NotAgainSU, The Syracuse University’s Women’s Network held a discussion about the struggles unique to those of LatinX heritage in a panel called “Mujeres Modernas.” Panelists discussed the gender inequality, racism, and machismo that LatinX individuals struggle with on a daily basis. 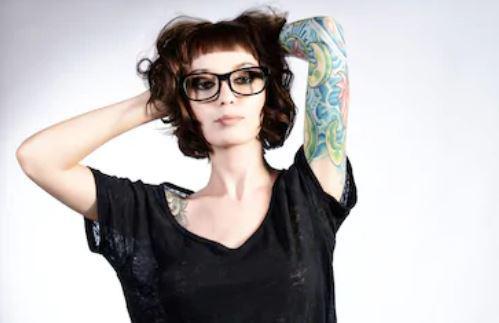 MAC and Comme Des Garcons are the power couple we didn’t know we needed. With tattooed models becoming the latest hot trend to hit the runways, Comme des Garcons has decided to launch a temporary tattoo kit with MAC. Now, we know what you’re thinking, “aren’t temporary tattoos supposed to be for when you’re twelve and want to feel like a baddie?” Not anymore. 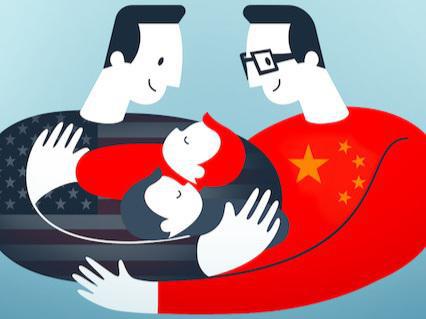 A Film Review on Hao Wu's "All In My Family"

All In My Family is a documentary that explores the ways in which traditional cultural practices, that have been around for thousands of years, come into conflict with progressive changes happening in society. The film is presented from the perspective of a gay Chinese-American named Hao Wu, who is also the film’s director, writer, and producer. The soft smile on Wu’s round face is one of a man who’s reached the ideal of western life. But things have not been easy for Wu along the way.

I Met Tom Hiddleston & Paul Rudd. No I’m Not Okay.

New York Comic Con (NYCC). What a crazy time, but also truly epic. Walking in I’m instantly captivated by everything going on around me. NYCC has literally taken over the entire Javits Center. As dozens of cosplayers walk past me, I can genuinely feel the excitement in the air. Knowing I have a photo op with Tom Hiddleston soon, I start walking to the main photo and autograph area. I’m Group 1. By the time I arrive, they are calling Groups 1-6, so I quickly get into line. 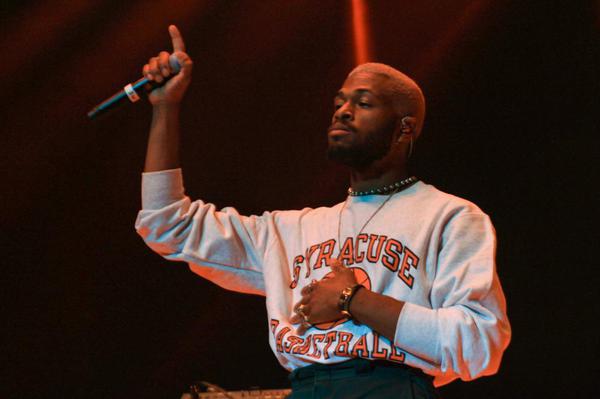 Goldstein Auditorium is dark. The only light comes from the LED laser beams striking the stage and the glow sticks worn by the crowd. A spotlight shines down on Syracuse University junior Troyce Pitones. Yes, he’s a junior. And he’s already doing opening acts for concerts. Wow, right? Meddling with his DJ equipment while playing Skepta’s “Greaze Mode,” Pitones bobs his head and body to the beat of the music. He looks to be in his own little world. 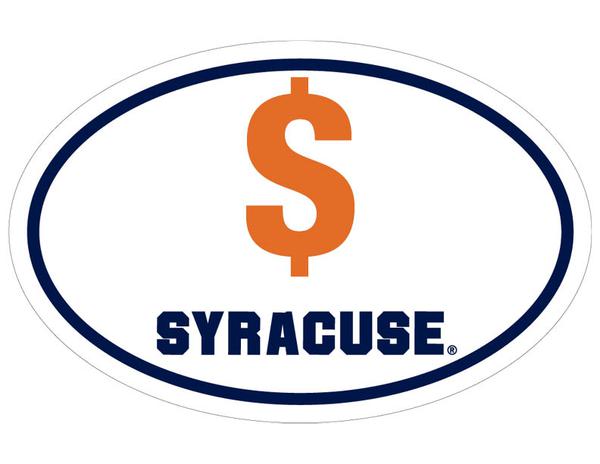 Is this the end of student loan debt?

Not that any broke college kids will be surprised, but student loan debt is at an all time high. Throughout the years, it has become a habit, an expectation, a standard, and so commonplace that we can’t help but joke about what we would do if we didn’t have any student debt. It’s certainly a life-changing fantasy we have all thought about during particularly boring lectures. But what if getting rid of student debt was more than a fantasy? Last week, Senator Elizabeth Warren laid out an ambit 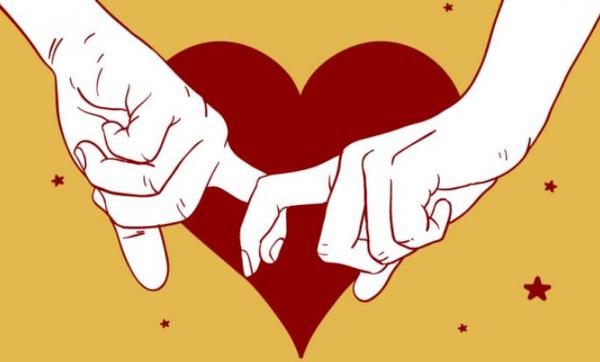 Romantic comedies. We cry to them, we laugh to them, we can’t get enough of them. From classics like Sleepless in Seattle to Notting Hill, there’s nothing we love more than a girl-meets- At the head of the romantic comedy genre is Netflix. With movies like To All the Boys I’ve Loved Before, Set It Up, and the newly-released Someone Great, some say the streaming service is the leader of the revival movement of rom-coms. But with many great movies also comes a few bad ones. That bad one is Ne 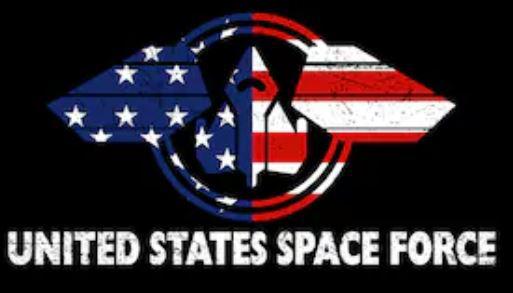 Here’s the thing that most people don’t realize: satellites are extremely important. You know, the big bulky gadgets in the sky that tell us everything we never knew we needed. From wireless communications to your trusty GPS, satellites play a crucial role in our everyday lives, and odds are you’ve never really thought about them until now. But other people have, and the many abilities of satellites are actually turning them into military targets. Sounds scary. What kind of protection do we hav 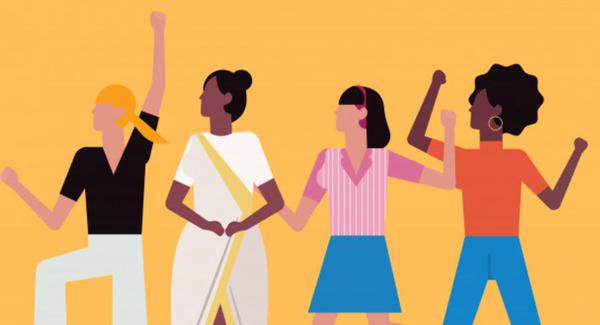 Muffet McGraw, the head coach of the Notre Dame women’s basketball team, is going viral for her explanation on why she will no longer be hiring men. According to the 63-year-old Hall of Fame coach, there is more that professional women can be doing to help each other, and she plans on putting in the work herself. In an interview, she said “We don't have enough female role models. We don't have enough visible women leaders. We don't have enough women in power," further explaining that young women 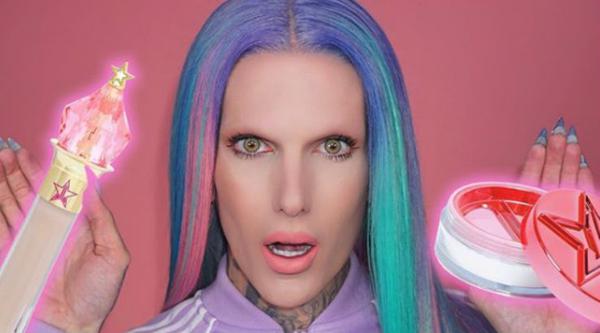 Hi! How are ya? In case you’re new to his channel, makeup artist, mogul, and self-described alien, Jeffree Star, recently revealed that 2.5 million dollars worth of makeup was stolen from his Jeffree Star Cosmetics warehouse in California. Now, that’s what we call one hell of a heist! According to Revelist, this news comes after Star’s unannounced but extremely hyped Magic Star concealer was sold on Facebook Marketplace. Of course, this incident sent the internet into a frenzy, but then again, 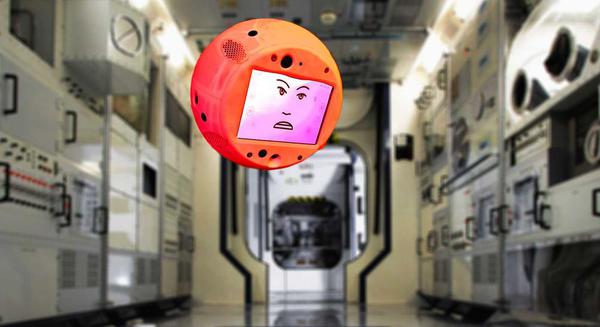 Yo, We've Got a Glitch in the Simulation

Throughout history, machines have played a significant role in human life. From the Industrial Revolution, which many view as a turning point for machinery and robotics (MI), to the development of artificial intelligence (AI). However, as technology has advanced, so has its role in society. For instance, the development of artificially intelligent robots, which has bridged the gap between robotics and artificial intelligence. Such robots have come to work alongside humans, and as a result, have 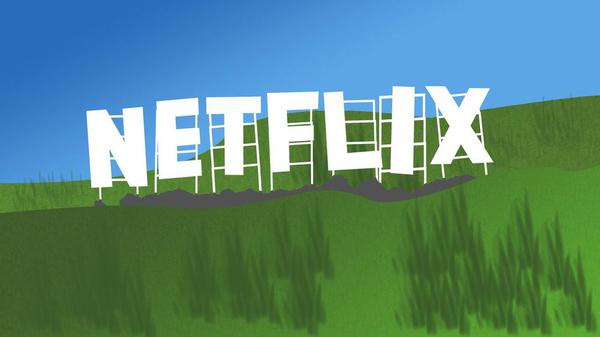 Netflix vs. Hollywood: The Battle for the Future of Film

It is without question that in politics, there’s a lot of drama. But current political scandals aren’t the only hot topics being thrown around lately. Instead, it’s Hollywood that is in the midst of its own controversy. In the wake of Netflix's Roma winning Best Director and being nominated for Best Picture at the 91st Annual Academy Awards, there’s been an ongoing battle on whether streaming companies should be allowed to enter film festivals and compete for awards. This battle begs the contr 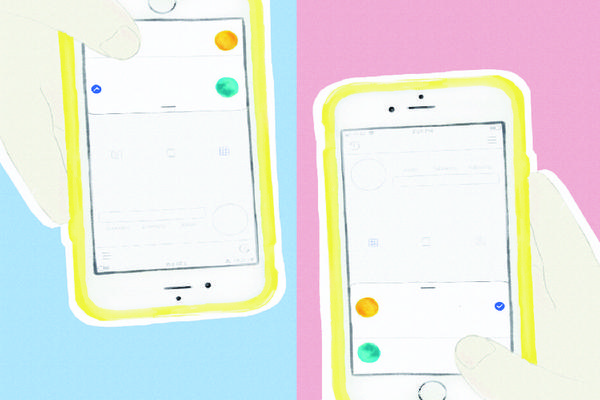 Finsta Culture: A Chance to be Real

A “finsta” refers to a “fake” Instagram account but is surprisingly the most genuine sector of this major multimedia platform. The account is witty: the username is often a pun or play on the user’s real name, the profile photo is comical, and the biography is clever. While the finsta is a hilariously personal retelling of one’s day-to-day life, the account is purposely kept on the private setting and the profile information doesn’t’ reveal the user’s actual identity. Why have a finsta and 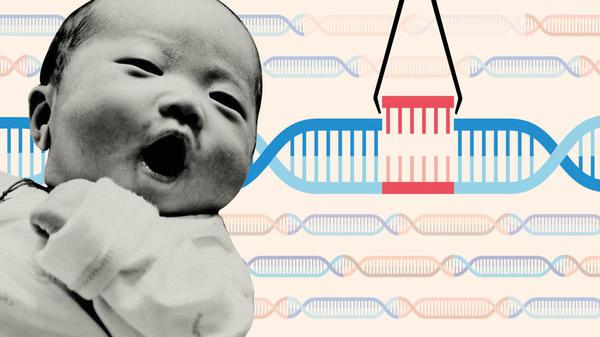 The World’s First Gene-Edited Babies Have Been Created: Why the Uproar?

On the eve of the Second International Summit on Human Genome Editing in Hong Kong, Chinese scientist He Jiankui proudly declared on YouTube that he used the gene-editing tool CRISPR-Cas9 to modify the DNA of two embryos to thwart HIV. Jiankui proceeded to discuss how he implanted them in the womb of a woman, allowing her to give birth to twin girls this month. Sounds pretty futuristic to us. Why is this huge? To break it down, Jiankui successfully created the world’s first genetically modifie 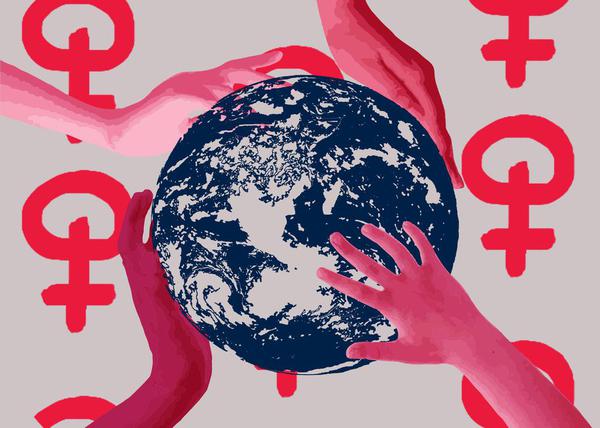 Women are Taking Over the World

Empowering women isn’t just exciting, it’s necessary—something that is vital to social transformation, economic growth, and political stability. But what is it exactly that makes women so damn special in this political climate? The answer is surprising simple. Because of the different obstacles they’ve had to face on the road to success, they bring in new experiences and backgrounds. This shapes how they govern and what issues they choose to focus their time on. Issues that men may overlook beca 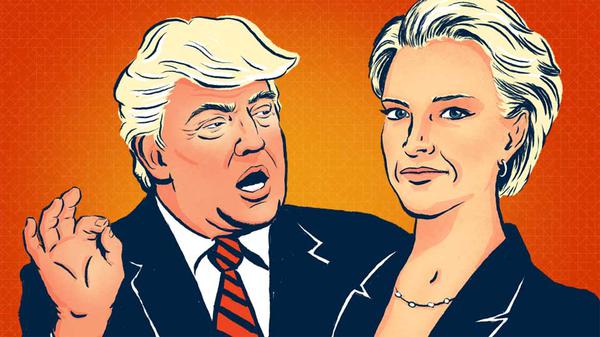 Megyn Kelly has once again found herself in deep shit after making comments that some (*cough cough* pretty much everyone) perceived as racist. Known for keeping her audience on the edge of their seats with her blunt comments, Kelly has acquired quite the reputation for stirring up controversy. For example, when she said, "Jesus was a white man, as is Santa" when talking about white privilege. Or when she claimed a young girl “was no saint,” despite a cop clearly rough-handling her. She simply h 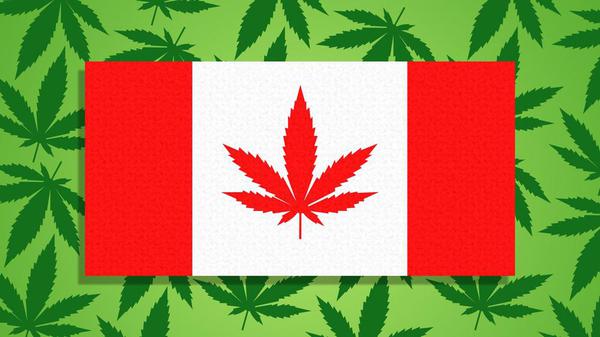 People in Canada are cheering, dancing in the streets, and crying tears of joy after the Senate passed a historic bill with a vote of 52-29 to legalize recreational marijuana, the second country in the world to do this, following Uruguay. Canadians happily stood in long lines, waiting for marijuana dispensaries to open their doors last Wednesday, October 17. They were so excited by this dream come true that they’ve already consumed most of the country’s stash. God damn, Canadians really know how 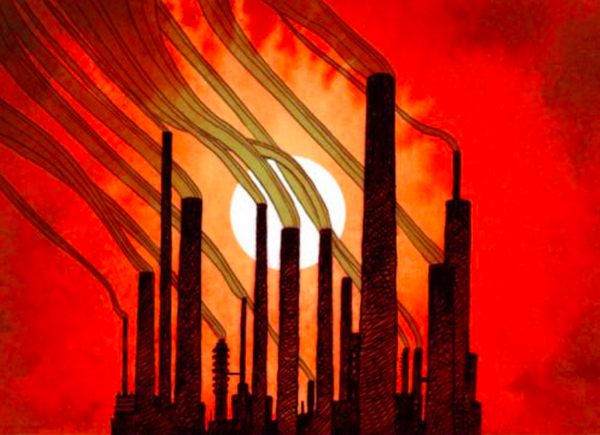 Climate Change Is No Longer Just a Theory

With Hurricane Florence and Michael recently slamming into the southeast states and an earthquake and tsunami raging across the Indonesian island of Sulawesi, catastrophic events seem to have become the new normal. Written off as nothing more than extreme “fluctuations” in an otherwise regular pattern of temperature change. Because that seems totally plausible. However, a recent report conducted by the IPCC has stated that Earth will reach the crucial threshold of 1.5 degrees Celsius by 2030. W 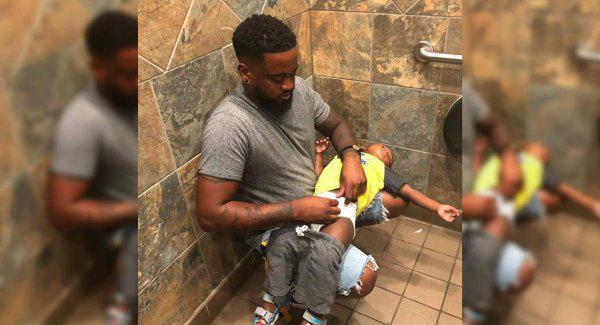 #SquatForChange: The Fight for Equality Continues

In a weird turn of events, fathers have officially spoken up about the lack of changing tables in men’s public bathrooms. This new campaign demands changing tables be made accessible to everyone, after Donte Palmer, a father of three, posted a picture of himself squatting against a toilet wall to change his one-year old’s diaper. Because if there’s one thing better than dealing with your kid’s shit (literally), it’s squatting the entire time. Since Palmer began raising awareness about the issue
Load More Articles
Close ✕